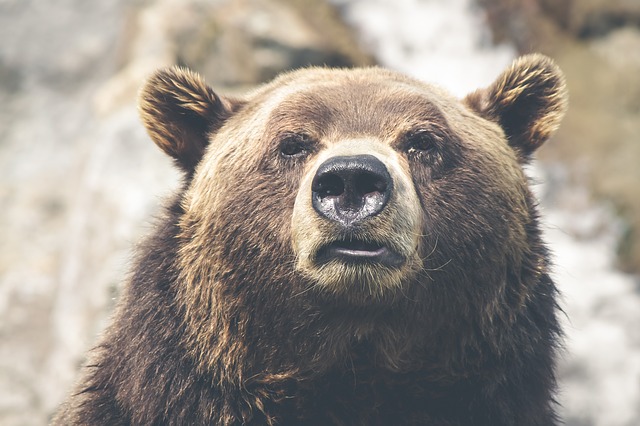 Wild animals exist all over the place. If you live in an area that has woods or forestry then the chances of you encountering a wild animal will greatly increase. Typical North American wild animals that generally attack include bears, mountain lions, wolves and even dogs.

If you do not know how to survive a wild animal attack then it could cost you your life. Hopefully, you are in a position where you can at least scare away the animal or kill the animal with a weapon of your own. What you don’t want to do is try to run away from the animal. This is a common impulse that people have when they are confronted by a wild animal, but it will only result in your demise. The animal has four legs and you only have two, so it will definitely catch up to you if you try to run away. Not only that, it will attack you once it does catch up.

So what you have to do first is not to panic. Animals have a sense when their prey is scared or has fear in their eyes. That is why you cannot even look scared when facing a wild animal. Instead you need to stay static and not move a muscle. Try to avoid staring directly into the animal’s eyes because they will see that as a sign of aggression.

Now if you happen to have a weapon on you, such as a knife or gun, then it will be much easier for you to survive the attack. All you need to do is hold the knife out or point the gun at the animal and wait for it to lunge at you. Then use your weapon to incapacitate the animal. But if you don’t have a weapon, then you will have to get the animal to go away on its own. You can do this by scaring the animal by making it think you are a bigger threat to it then it is to you. The tactic that works best for this depends on the type of animal that is attacking you. If it is a large animal, like a bear or mountain lion, then the best thing to do is stand your ground. This means waving your hands erratically in the air and yelling. The animals will see you as a threat to them and will likely go away. If they don’t then try throwing rocks at it while continuing to yell. As for smaller animals, like wolves or dogs, simply slump your body and head down into sort of a submissive gesture. Again, stay immobile and wait for the animal to leave on its own.

Most people never think they’ll be involved in a ship crash on the sea or ocean. This sounds like something that would only happen in a movie or on the Titanic in 1912. The truth is that ships crash or malfunction all the time when they are out at sea. Just recently there was an Italian cruise ship that sunk into the ocean and killed many people as a result. As a passenger you have to know the procedures of surviving a ship crash, especially if the ship is sinking. That way you can save your life and possibly the lives of other people.

The first step of survival is not to panic. People who panic often don’t think rationally, which means they will make the wrong choices out of fear. The next step is to find a life preserver or ring buoy. These will help keep you afloat in case the ship sinks all the way into the sea and you have to survive in the water. You should also help other people locate these items for themselves as well. Most passenger ships come equipped with enough life rafts and small boats to hold everyone on board the ship in case it sinks. This was a lesson that was learned from the Titanic, since that ship didn’t have enough boats to hold all of its passengers. However, you may be on a regular cargo ship or fishing boat that doesn’t have any smaller boats to use in an emergency. In this situation, you will need the life preserver and buoy more than anything else.

If you still have enough time before the ship sinks, try to locate a flare gun or something that can create a signal in the sky. If you can find a piece of wood and a lighter, that will be sufficient as well. Now if you are already in the water and are floating on the top of it, try to locate some other floating debris from the ship so you can hold onto it. If you find a big enough piece of debris, you may be able to get on top of it without having to stay in the water. Don’t forget the ocean is swimming with sharks that are just waiting to eat people. If you end up having to float on the water with a life preserver or buoy, there is always the chance that a shark will swim up and bite your legs. So always try to get your whole body completely out of the water whenever possible. After that, all you can do is wait to be rescued. If you have a flare gun then you can shoot that into the sky and signal for help. Otherwise, just try to stir the boat towards the direction where you think the nearest land may be.