An active shooter is someone who basically goes on a killing spree with a firearm in a populated area. Some famous examples of this are the Colorado movie theater shootings and the more recent terrorist attack in Paris’ Charlie Hebdo satirical magazine in France. These situations both involved gunmen entering a populated building and opening fire on a group of people, which make them active shooters. Even though we hear about these kinds of shootings in the news every day, the chances of it actually happening to you are rare. But still, it is best to stay educated on what to do in these situations in case an active shooter enters your environment.

There is no full proof way to survive an active shooter scenario, but there are safety precautions you can take to increase your chances of survival. The first thing you have to do is know your environment. Be aware of all the exits and areas where you can escape from a deadly encounter. Then make a habit of staying near these exit areas in case an active shooter does come in, and you have to escape. For example, when you go to the movie theater, sit in the back row. Not only will a shooter have trouble seeing you there, but you can make a faster escape that way as well. Remember that real life is not like a video game. If someone with an assault rifle comes into a room you are in and starts shooting, then you won’t want to stick around. You will want to escape right away. Just make sure you are the first to escape because there will be a crowd of people doing the same thing, which is another reason why being near the exit is important.

Now you may be in a situation where you are trapped. Perhaps you are in a classroom with the windows locked and the shooter is blocking the only door to escape. In this situation, the best thing you can do is take cover and try to barricade yourself behind some heavy objects. These could be chairs, desks or any piece of furniture near you. If you have your mobile phone then try dialing 9-1-1 and make them aware of the situation. However, if you are not armed then you will pretty much have to pray the shooter doesn’t come after you. That is why the best way to survive an active shooter scenario is to have your own firearm. Depending on your age and location, you should strongly consider getting a permit to carry a firearm. That way if an active shooter invades your environment, you can barricade yourself from their bullets and then use your own firearm to shoot back at them.

It may sound easy to survive an active shooter scenario by shooting back with your own weapon, but if you have never shot a gun at someone before then it can be quite scary. In a situation where someone is firing an automatic weapon and killing people, you have to be certain that you know how to handle your weapon. That is why if you are going to go through the trouble of getting a gun permit, you should practice shooting your gun at the local firing range. At least that way you can practice your aim and have a better chance of hitting an active shooter. But this still won’t prepare you for the adrenaline rush you will feel when someone points a firearm at your direction. This feeling could easily turn into fear, which will temporarily make you forget everything you learned at the firing range. So if you have no prior military training or experiences getting shot at, then active shooter scenarios may be too scary for you to handle a weapon. It all depends on the kind of person you are and how much real life drama you can take while staying in control.

If you do not believe in firearms or simply do not like shooting them, then you will need to find another way to protect yourself from an active shooter. In some situations, simply talking to the shooter and being friendly with them might help. Again, it depends on the circumstances of the shooting. Some active shooters have particular targets they go after out of an act of vengeance, whereas other shooters just kill everyone in sight. But if a shooter bursts into your classroom or office and doesn’t immediately start firing their weapon, this means they have some reservations about what they are doing. This is a good thing because it means they are likely acting out of emotional pain and not thinking clearly. So if you try talking to the shooter and rationalize the situation to them in a friendly way, they may decide to give up and not hurt anybody else. But whatever you do, don’t purposely put yourself in harm’s way. You should only try talking to the shooter if you are stuck in a room with them and have no other way out.

The last alternative to surviving an active shooter scenario is to play dead on the ground. If you are in a room with a lot of people and a shooter barges into the room shooting everyone, then just fall down to the ground as quickly as possible and play dead. If one of the bullets hits you in a nonfatal area, like your limbs, then try to remain calm and play dead anyway. Chances are the shooter won’t notice which people are being hit with their bullets because they are just shooting everywhere. Remember, the active shooter is probably on an adrenaline rush anyways and the experience of shooting other people is likely a shock to them. This means they are going to move quickly and not stick around very long after shooting up a room. So if this happens in your situation, then stay on the ground and don’t move until the shooter leaves. However, you should only do this if you are surprised by the shooter and do not have time to barricade yourself before they get to you.

In mass shooting situations, the shooter goes unnoticed up until the time they shoot their first victim or group of victims. Then people nearby will hear the gun shots and get into a defensive position. But for those first victims, they don’t have time to get into a defensive position because they are not aware of what is about to happen to them. This makes it very difficult and scary when a mass shooting is sprung upon them out of the blue. It means they won’t have time to barricade or protect themselves from the shooter. So when the shooter bursts into their room, the victims will need to quickly examine their options; escape, shoot back, talk with the shooter or play dead. In such an intense moment, it may be hard to choose the right thing to do. Therefore, you should try not thinking about your options so much during the attack. Just know what your options are right now while you are safe and keep them in your brain. This will make it easier to improvise your decision when an active shooter scenario arises. Hopefully, you will be able to choose the right option that saves your life and the lives of those around you. 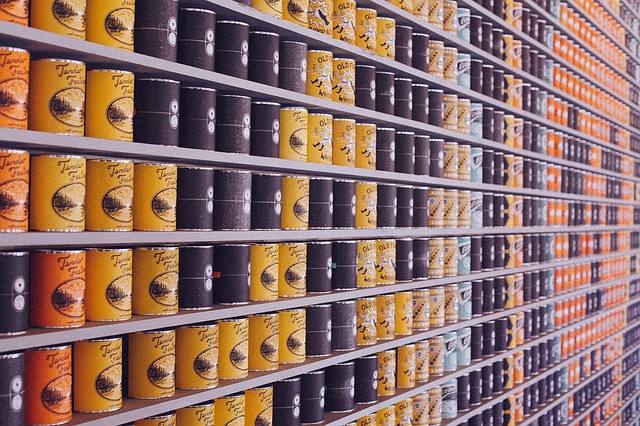