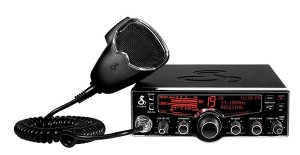 Connect with others on a daily basis using a multitude of platforms, from simple hardwired telephones in the home to satellite communications and cellular services.

Many use the Internet for communications, to talk with others and to gather information and news on a daily basis. Some people are online for hours a day connecting with others using various means. Communication with others daily is considered essential for most people in today’s world.

People are connected 24 hours a day, and they can connect wherever they happen to be. The downside to this marvelous technology is the world’s dependency on it and the truly fragile nature of the technology. Natural and manmade disasters in a matter of minutes can destroy or damage what has taken years to achieve. You can awaken one morning to find the country or world has gone silent.
Can you communicate when the Internet is down, cell service is gone, satellites have stopped circling the globe and there is no longer a dial tone when you pick up your home phone?

Tried and True Means of Communications during a Crisis

Citizens Band (CB) Radios became popular in the 1970’s due in large part to several movies and songs highlighting their use. They where traditionally used by long distance truck drivers. Drivers used the radios to warn each other of road conditions, weather problems and to help drivers avoid speed traps.

It was not long before CB radios where in homes and small vehicles. The Federal Communications Commission (FCC) had previously required licensing for all CB radio operators but because of the increase in popularity of the radio in the 1970’s they were deluged with applications so they decided to suspend the licensing requirements but they did and still do regulate transmitting wattage.

Anyone can own a CB radio and they can be installed in your home (base station), vehicle (mobile) or they can be handheld all without a license. You cannot however modify the transmitting wattage, which are 4 watts in AM and 12 watts using Single Side band (SSB). This means depending on terrain and weather conditions you can transmit up to or exceed five miles in some cases. Much depends on your antenna set up and whether it is a base set up, installed in a vehicle or hand held.

You cannot tie up a channel by playing music or essentially babble incessantly on any single channel. There are 40 channels on a CB radio. Channel 9 on the CB radio is designated as an emergency channel, and any abuse of this channel by anyone can lead to prosecution by federal authorities. Channel 19 is the traditional channel for truck drivers.

CB radios are ideal as a means of communication during a crisis because there is not any centralized system. Any CB radio can communicate with any other CB radio at any time. The radios transmit within the 27 MHz range.

You must have the means to power the radios either by having it use your vehicle’s 12Volt system, use your homes’ household current such as with a base station or by batteries. A base station will use a power adapter to convert down to the 12 Volts needed to power the radio. Handhelds are battery operated and in some cases may include a power adapter so you can power them from household current or by using your vehicle’s 12 Volt systems.

Most Walkie-Talkies/two-way radios are essentially the same but the range and channels you can use depend on whether you have a license to operate on those channels or not. In 1996, the FCC allowed frequencies/channels for family use that do not require a license. This was called the Family Radio Service (FRS). The FRS has a dedicated set of channels on a two-way radio/Walkie-Talkie that you are allowed to use without a license. If you obtain a license, you can use the General Mobile Radio Service (GMRS).

Communications during a crisis must be simple and dependable. Everyone in the family must be able to use the device so the device must be simple to use, essentially to where you turn it on and press a button. Designate channels for your family so everyone knows which channel first to check in with and then have alternate channels if someone else is using that channel.
Your radio will communicate with any device using the same frequency so there is no expectation that your communications will ever be private. It is important that under some circumstances you do not reveal your location over unsecured channels.

You need to have enough devices so every person in the group has one in the event they become separated. Use the radios to monitor for information by scanning through the channels. In a time of crisis, you may very well want to use the GMRS regardless of your license status to increase your communication range and always monitor those channels for important information.